Darlene Lobos grew up on the west coast and now resides in Calgary where she paints full time. She has been involved with many aspects of art making and formalized her art training at ACAD with a BFA majoring in painting. Her work can be seen in collections throughout Canada, the US, Mexico, Argentina and the UK. Her many travels and much time spent outdoors walking and hiking have greatly influenced her work. 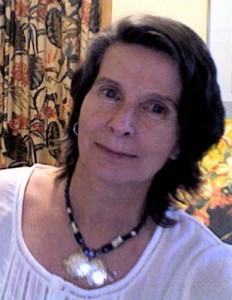 Darlene’s landscapes fall loosely into romantic and mystical landscape painting genres although her sense of the abstract is highly evident. She generally works without visual reference and lets the painting evolve spontaneously incorporating memory or dream fragments. She often references the old masters through choice of color palette and the modern period through use of texture.The resultant landscape evokes a sense of place infused with beauty and mystery.